Continuing on from the Previous Post…   Around about the same time I was struggling up mountains in the Icelandic Highlands with my crazy heavy camera bag full of the Phase One XF camera, IQ3-100 digital back, lenses, tripods and other ancillary items, Phase One released their third firmware upgrade for the XF camera and IQ3 series backs.  Which amongst other features included the activation of a full electronic shutter in the IQ3 digital backs.  Meaning the Digital Back could be used on a technical camera without the limitations of the clockwork mechanical shutters in technical camera lenses (shutter speeds of just 1 sec – 1/500 sec in full stop intervals). 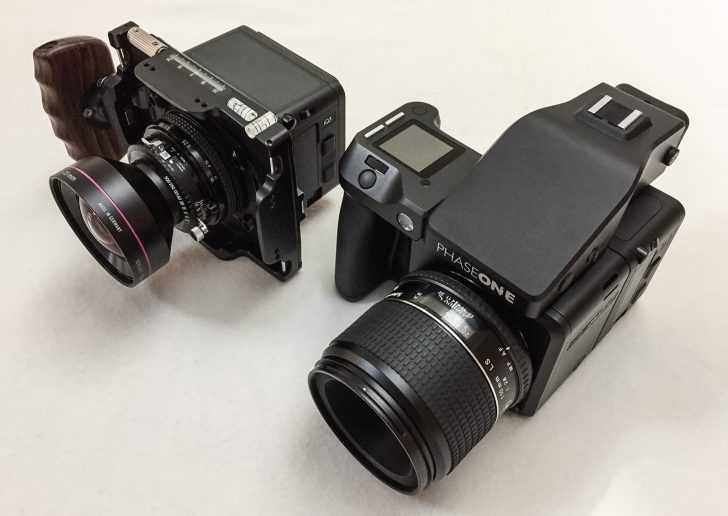 Phase One IQ3 and a Technical Camera

The IQ3 now had a full spectrum of electronic shutter speeds from 1/4000 sec up to 60 minutes in ⅓ stop intervals built into the back and completely controlled from the UI touch screen (yes, yes I know electronic shutters suffer from rolling shutter distortion of moving subjects, but I shoot landscapes).  There are even settings for shutter timer delays and to record lens F Stop meta data for later reference!  Using a compact technical camera with the IQ3 suddenly became a whole lot more attractive.

And potentially,  a whole lot lighter… Along with some other advantages.

A bit of my large format Film History

But first, a bit of technical camera history to set the scene.  Back in the old film days, in my quest for bigger sharper prints I used a technical field camera, beginning with an old beaten up Graflex Speed Graphic 5×4″, before saving my pennies and moving to a (even older) Linhof Super Technika 5×4″.  Many of the images on this site were shot on those old 5×4″ field cameras, often cropped down from the 5×4 film to the panoramic format of 6×12 or 6×17.

I only had 4 double darks for the 5×4, so just 8 exposures per hike, with lots of fiddling in black bags back at camp, transferring exposed sheets to light tight boxes and reloading… hopefully not mixing the boxes up and double exposing already used transparencies (yes that happened).

The slow and considered process.

Shooting large format film is a very different process, especially when compared to the world of digital.  Imagine carrying your camera gear for a 5 or 6 hour hike  with only 8 possible exposures for the whole day! And then having to wait sometimes weeks to see the results of your efforts.

I do love digital, especially medium format digital, but there are many processes from the old 4×5″ film days that have never left me.  The slow approach of walking around a location and just gazing at the scene, sort of breathing it in, leaving the camera in the bag until the shot becomes clear. Only then setting up, adjusting and moving position slightly up or down, a step to the right perhaps… Checking focus and depth of field, calculating exposure then taking just one shot, and then a second one because with digital I can, just to make sure nothing moved that wasn’t supposed to move.

Large format 5×4″ to a roll film back 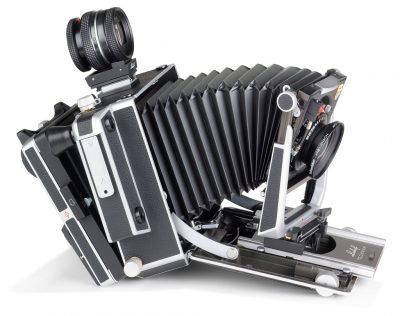 After a few years of 8 shots a day on the 4×5″ film I had saved up enough money for a second hand 6×12 roll film back, which you can pick up now at any camera swap meet for next to nothing, but back then they were like gold.  With roll film (120 or 220 rolls) the process got a whole lot easier and I would head out in the early morning with 20 or even 30 possible shots to take.

That seemed like the height of extravagance.  Of course I still had to buy the film, and the processing cost when you only get 6 shots to a roll was still prohibitive to a struggling photographer living from occasional commercial jobs, the odd image sale and poorly paid Black & White lab work, so I was still very careful.

From Technical camera to Panoramic Camera

I also shot lots of travel stuff on the  exquisite Hasselblad XPan for many years, but that’s another story.

Well, yes the lenses are lovely, Schneider have a well deserved reputation for great glass, but of all three large format panoramic cameras I have owned the stand out best is by far the Fuji GX617, from just about every perspective.

Fujinon glass is just as good as Schneider… Really.  Quite a statement that many people would argue with, but I have shot extensively with both.  I have done side by side tests on these panoramic cameras and also later with digital medium format comparing Hasselblad H series lenses (All made by Fujinon) with Phase One Schneider Kreuznach glass.  I would be hard pressed to say one was better than the other, but I can say they are definitely as good as each other. 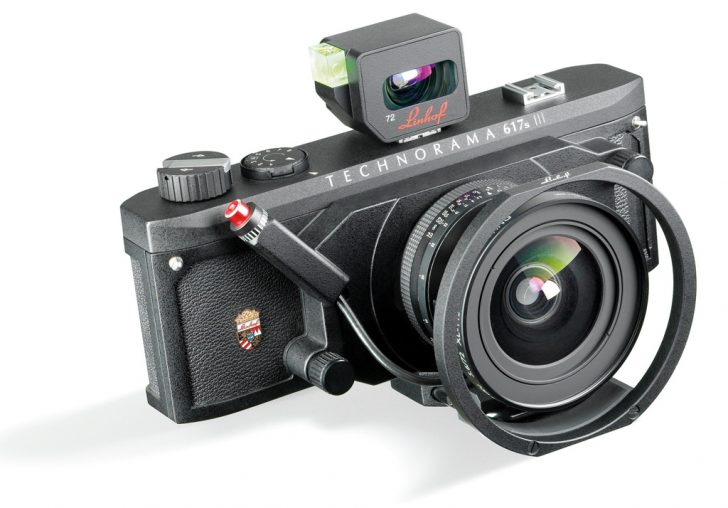 So much for the lenses, but when it comes to cameras the Fuji GX617 beats the Linhof Technorama hands down on every count.  The Fuji is lighter, better designed, more ergonomic, nicer to use and more functional in every practical way.

The Linhof will survive falling off a 20 storey building and landing on concrete or some such nonsense, but who needs that?  I used to describe the Linhof as like an old piece of farm machinery, it just keeps on going but it’s primitive and painful to use!

So for those of you reading this who are thinking of taking advantage of the change in technology price depreciations and getting into large format panoramic film cameras (that are now so cheap!), ignore the hype and buy the Fuji GX617, you will enjoy the experience a whole lot more!

Off track a little there, but back to the Technical camera potential of the Phase One IQ3-100 in the next Post…