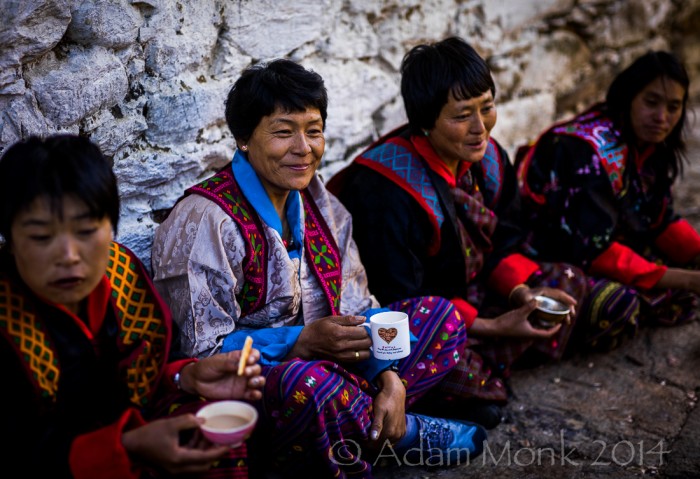 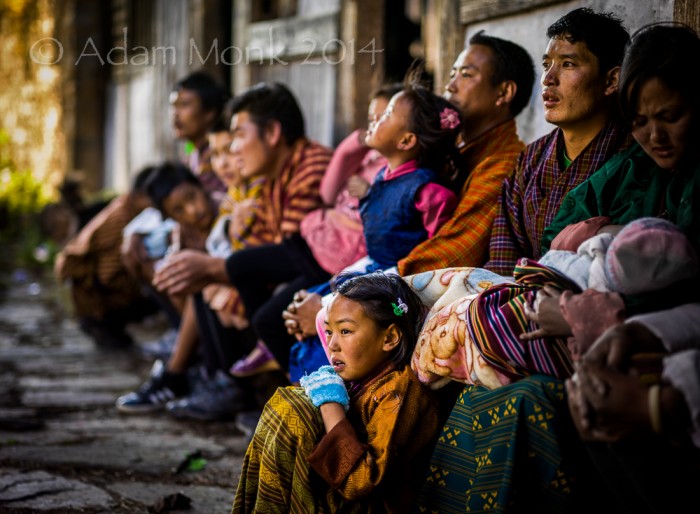 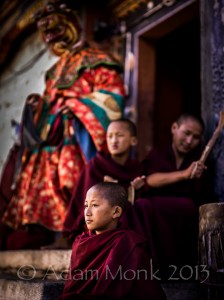 More images from the Kingdom of Bhutan, This time of the Black Hat Dancers of the  Prakar Lhakhang Tshechu (religious festival) in the Chumey Valley in Bumthang, which is in Central Bhutan. 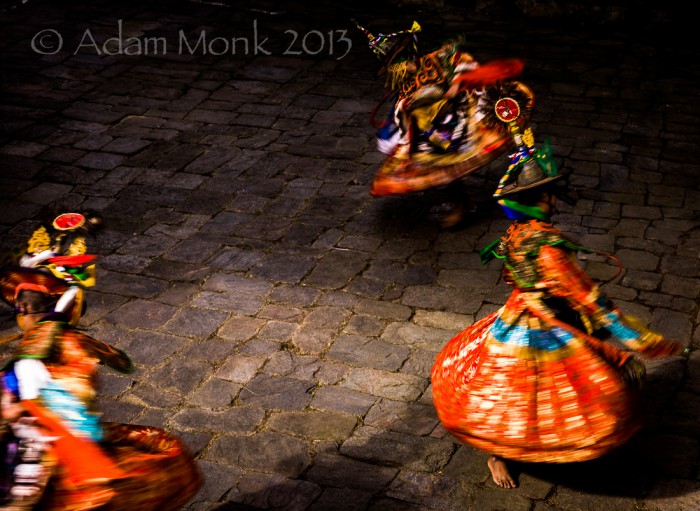 This was during the Black Hat Dance, or Zhana Cham which celebrates the assassination of a Tibetan King in 842AD by a black robed Monk as well as symbolising the subduing of the demons of the Earth by Buddhist Yogis. 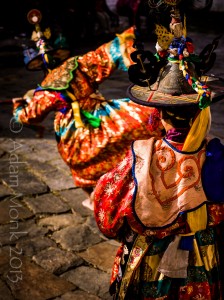 The sound of the hand drums the dancers carry symbolises Buddhism itself which has no visible form.  This is one of the most sacred dances at the Tshechu and simply witnessing the dance is said to wash away sins. 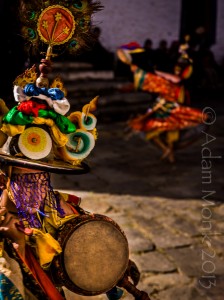 The Dance is certainly breathtaking to watch with beautiful costumes and the dancers performing spectacular spins and leaps that become more daring as the day progresses and more Ara is consumed (Local rice liquor) by the dancers.  Incidentally, almost all the dancers at these Tshechus are local Monks.