That’s all changed now.  Corinna is now a stunning outpost in the Tarkine wilderness right on the banks of the Pieman River and surrounded by stunning old growth temperate rainforest.   The coastline down from the mouth of the Pieman River where it empties into the Southern Ocean is some of the wildest most untamed coast in the world. 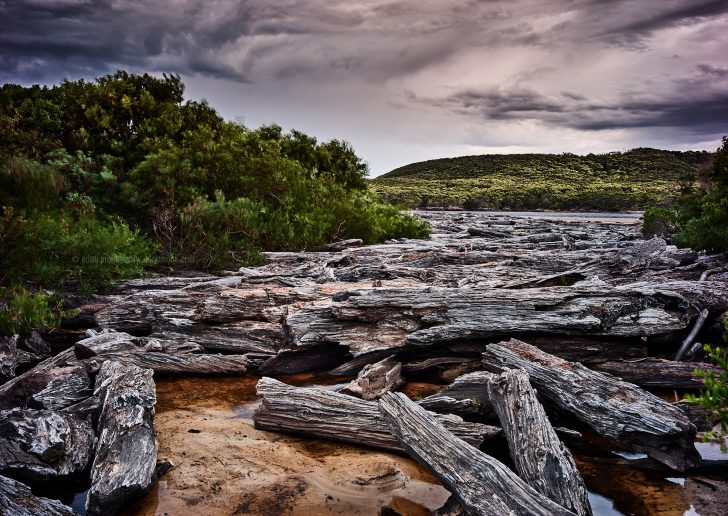 On this trip we stayed in Corinna for two nights exploring the forest and the coast, and quite frankly… it wasn’t long enough.  Next year we are staying for three nights (Tasmania Photo tour dates for 2019 out soon).  The creeks, river and forest around Corinna are simply incredible, and sometimes there is just so much amazing beauty everywhere that it’s overwhelming… It’s hard to know what to point the camera at! 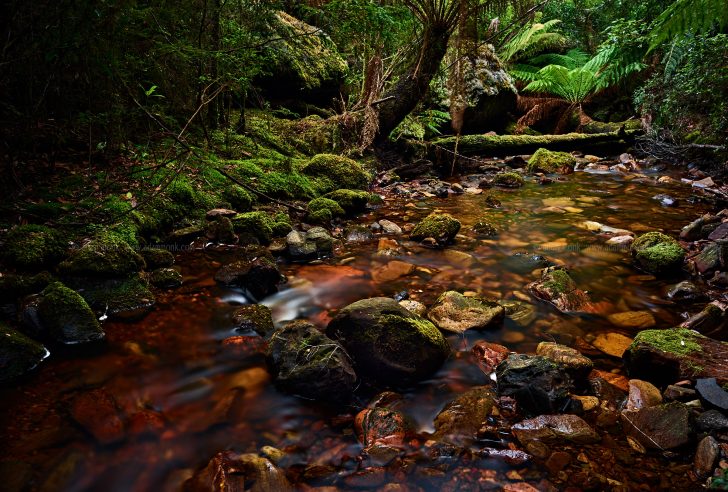 Most people react to this by running around madly taking hundreds of pictures… and hoping that some will be good.  This doesn’t work for me.  Also, I hate spending hours wading through hundreds of “almost” good images to find something half decent to work up to a finished image I’m almost happy with… I figure that I only need one image to tell the story of each location, if I can get just one image that’s just right I am content.  This is the style of landscape photography I try and teach, or demonstrate on tours, some people like shooting this way, others don’t.

Images shot on the Cambo WRS-400 with the Phase One IQ3-100 digital back and Rodenstock 23mm + 40mm lenses.  Don’t forget to click on the image to get a bigger clearer version to look at.