Our house in Arthur River is right at the mouth of the river with floor to ceiling windows right across the front, so it’s a great place to come home to after a day spent wandering in the wilderness.  A great place to watch the weather and the huge waves roll in, with a hot cup of tea in hand while warming the back of the legs in front of the fire.  Not only great views, fireplace and hot cups of tea, but we also had our very own chef  for the duration of our time in Arthur River who produced a continuous stream of brilliant food. 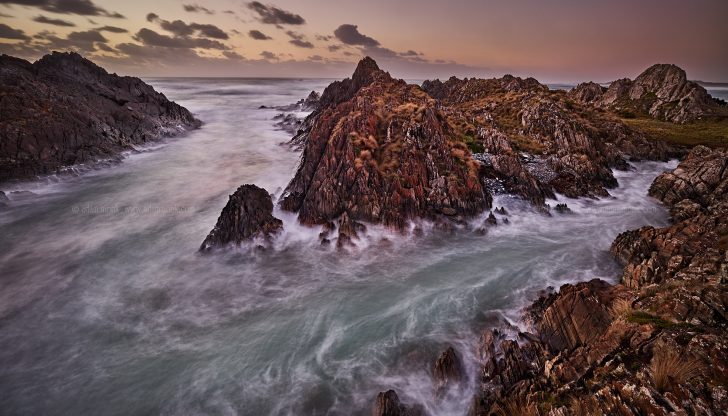 The Tarkine region of Tasmania is home to the biggest region of unprotected temperate rainforest in the world, unprotected as in it’s not part of a National Park and the very redneck Tasmanian Government is keen to chop it all down and turn it into toilet paper.  The more of us that get in there to see it, and then tell all our friends about it, show them images of what we are losing the better!  Dates for Tasmania 2019 are now up.

Further South from Arthur River is the tiny town of Corinna, that is the best place to really experience the incredible Tarkine wilderness.  That will be coming in the next instalment…

Images shot on the Cambo WRS-400 with the Phase One IQ3-100 digital back and the 23mm Rodenstock lens… and an iPhone (last image).  Click on the images to see a bigger and clearer version.