Thimpu is the capital of Bhutan, though to call it a city is stretch.  Up to a few years ago Thimpu was just a small town in the Thimpu valley, now it is the biggest “city” in Bhutan and the capital with a population of just over 80,000 people.  To me it’s still a beautiful relaxed town where the locals are always ready with a smile and directions for a lost traveller, or even a lost photography tour group.

Despite its title as Capital City, Thimpu still has no traffic lights, and when the city council tried to instal some there was such a local outcry they were removed again shortly afterwards. 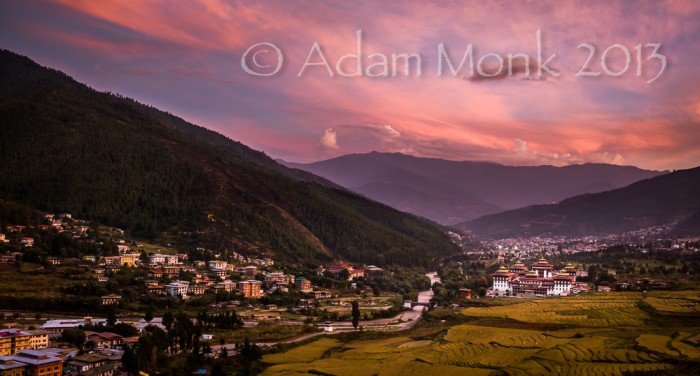 This trip to Bhutan we were blessed with some beautiful skies and some magic sunsets.  This is the Thimpu valley at twilight with the Thimpu Dzong on the right hand side behind the rice fields.  Below is the same location shortly afterwards with the lights of the Dzong lit up. 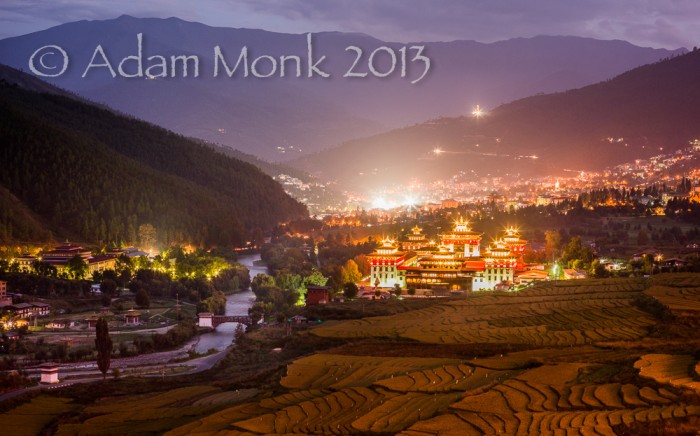